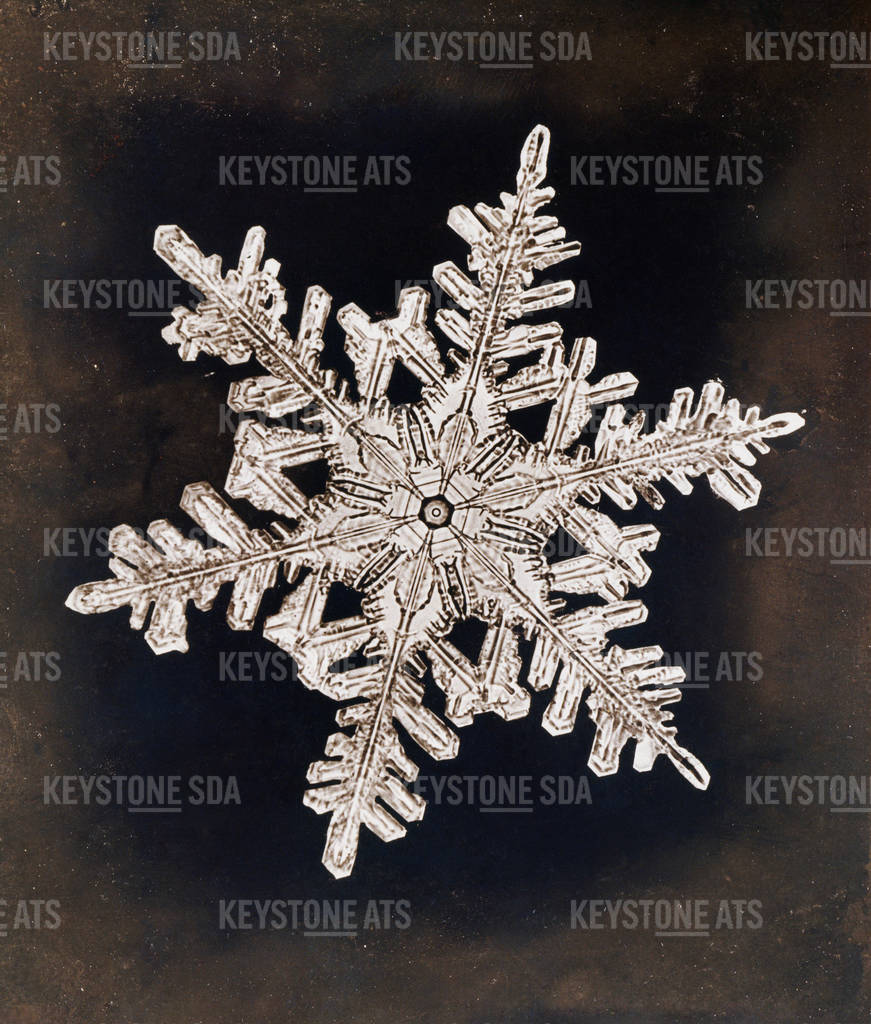 Snowflake, photographed by Wilson Bentley. Early gelatin silver print of a snowflake by US photographer Wilson Alwyn Bentley (1865-1931), one of the first people to photograph snowflakes. Bentley attached a microscope to his camera and perfected a technique that allowed him to photograph snowflakes before they melted. His book 'Snow Crystals' was published in 1931. A snowflake is an ice crystal that forms in air that has a temperature near the freezing point of water. If the air is calm, then a symmetrical, hexagonal snowflake can form. The two main growth patterns observed are faceting and branching, causing the wide variation and combinations of snowflake patterns (plate versus dendritic snowflakes). This photograph dates from the period 1890 to 1930. (KEYSTONE/SCIENCE PHOTO LIBRARY/METROPOLITAN MUSEUM OF ART/SCIENCE PHOTO LIBRARY) 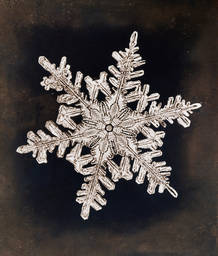