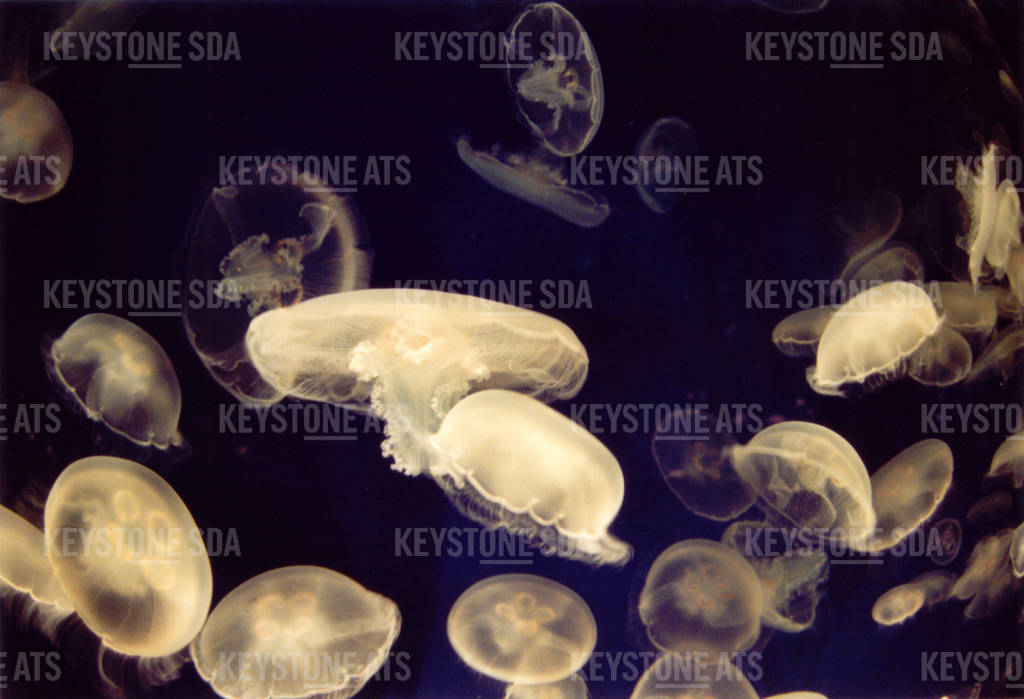 Common jellyfish (Aurelia aurita). This jellyfish, also known as the moon jellyfish, is found in waters throughout the world, mostly near coasts. It grows up to 40 centimetres in diameter. It swims horizontally, keeping its bell near the surface at all times. It is carnivorous, feeding on zooplankton. It uses its tentacles, which contain nematocysts (stinging cells), to capture some of its prey, although most of its food is trapped by the mucus lining on the bell. Its nematocysts are not strong enough to pierce human skin. (KEYSTONE/SCIENCE PHOTO LIBRARY/CHR 366 CHRIS MARTIN-BAHR/SCIENCE PHOTO LIBRARY) === === 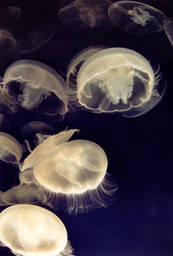 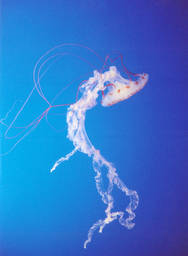 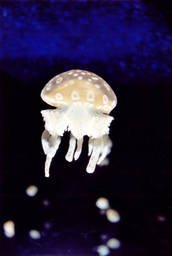 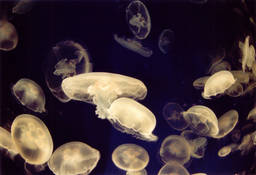 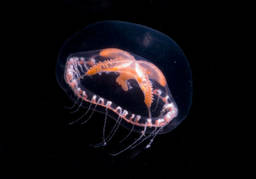 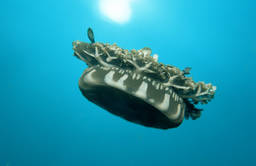 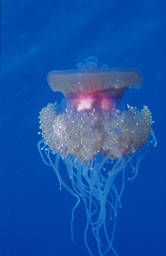 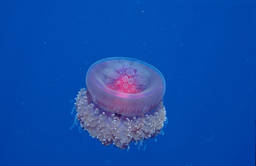 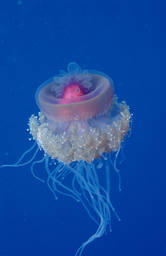 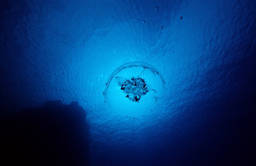 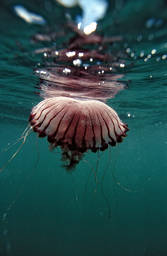 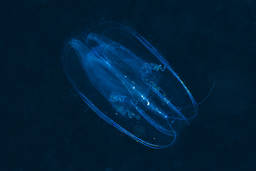 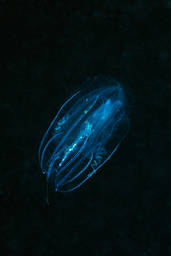 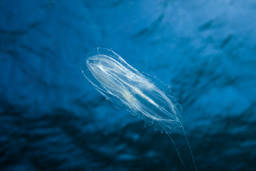 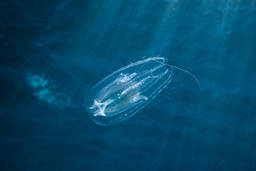 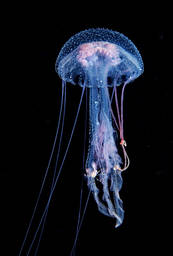 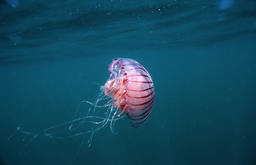