The sun sets over the German parliament, Bundestag, at left, and German Chancellor Gerhard Schroeder's offices, right, on Thursday, Nov. 15, 2001, the day before the German parliament will decide on the vote of confidence in Schroeder's three-year old government. In a bold move to overcome opposition within his governing coalition over German deployment in the war against terrorism Schroeder had linked parliament's vote on the issue to a vote of confidence. (AP Photo/Herbert Knosowski) 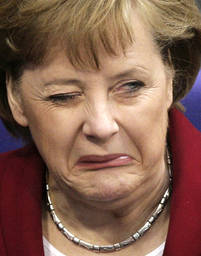 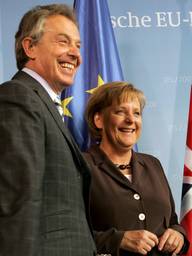 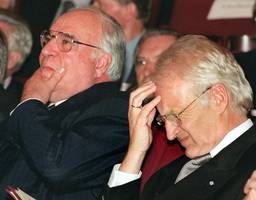 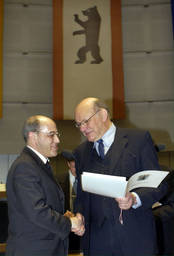 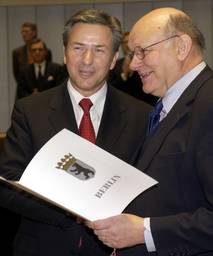 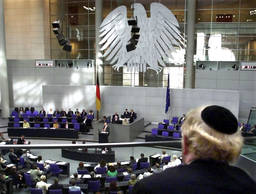 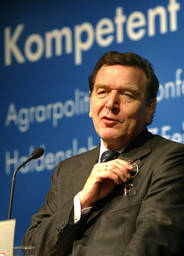 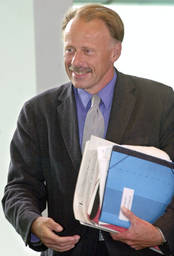 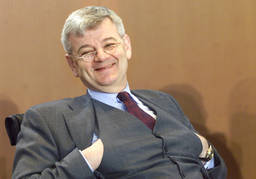 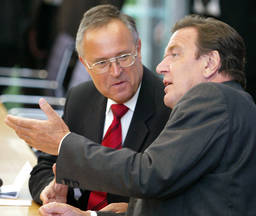 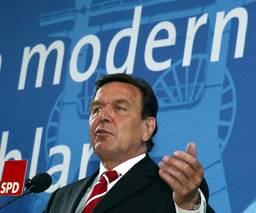 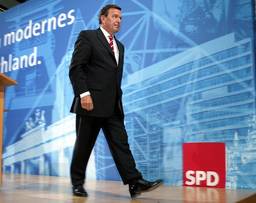 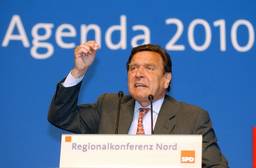 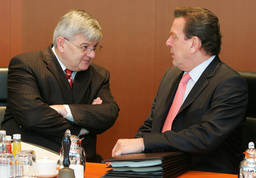 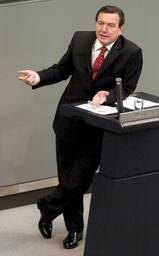 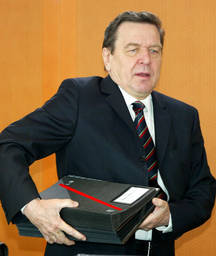 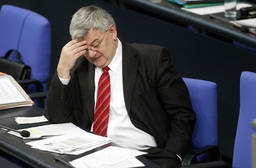