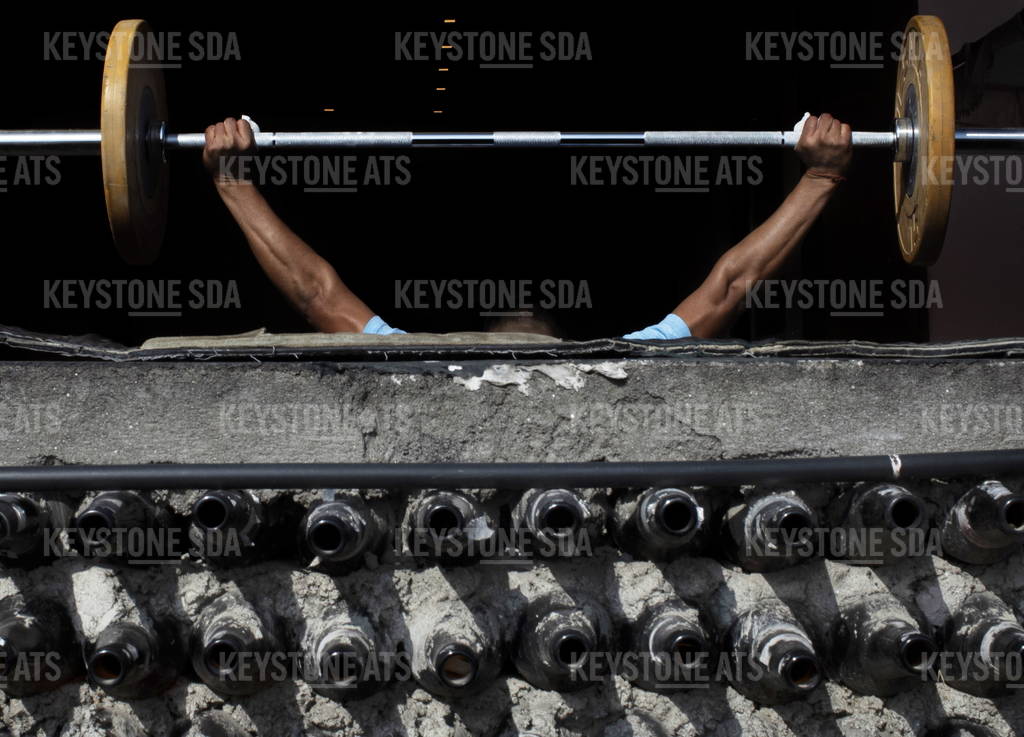 epa09685132 An athlete warms up before competition of the National Weightlifting championship in Bhaktapur, Nepal, 13 January 2022 (issued 14 January 2022). A total of 180 male and female athletes competed in the weightlifting championship. A recognition of 30 US dollars was awarded to the record breaker, the national weightlifting association's president said. EPA/NARENDRA SHRESTHA ATTENTION: This Image is part of a PHOTO SET