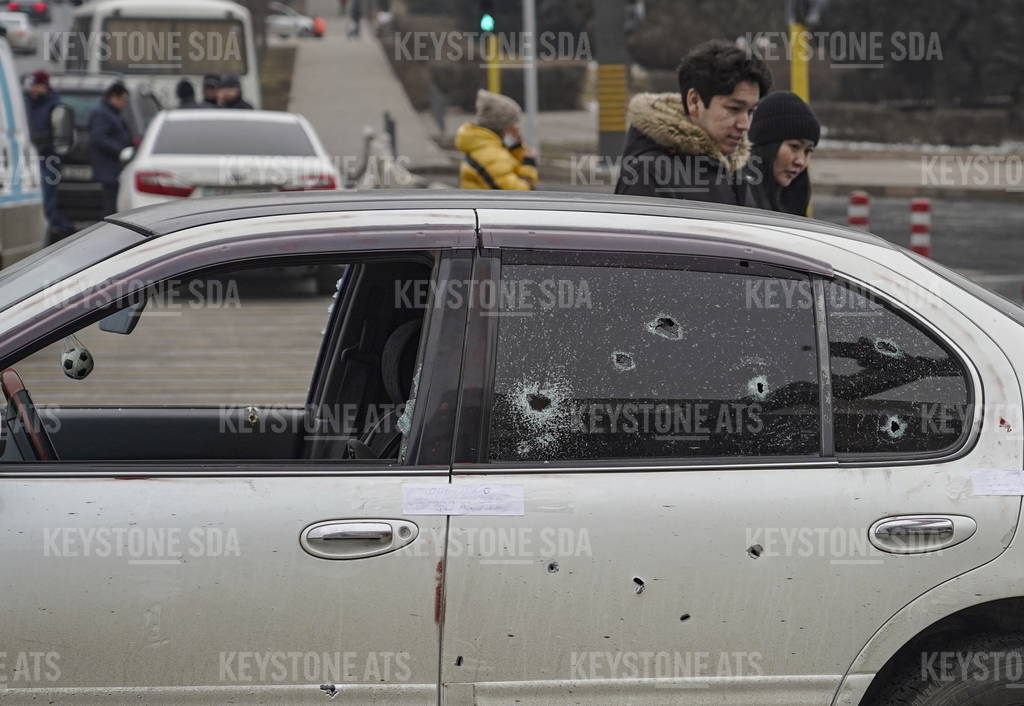 epa09678681 Kazakh people pass a bullet-riddled car in the aftermath of riots in downtown of Almaty, Kazakhstan, 11 January 2022. Mass protests in Kazakhstan began in the early days of 2022 - residents of the cities of Zhanaozen and Aktau in the west of the country opposed a twofold increase in prices for liquefied gas. Later, the protests turned into looting, the militants attacked state institutions, took away weapons. The authorities declared a state of emergency across the country until 19 January and launched a counter-terrorism operation. As reported by the Ministry of Health of Kazakhstan, some 164 people where killed during the riots. As a result of the riots, 2,265 people in different regions of the country applied for medical assistance while 83 people remain in serious condition in hospitals of Kazakhstan. EPA/STR