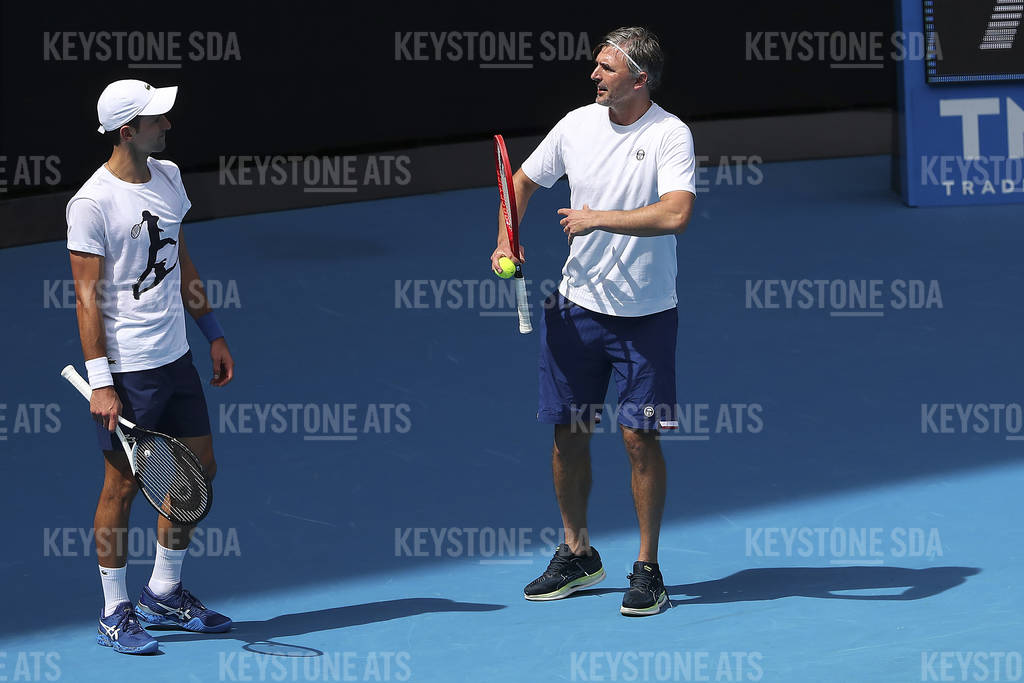 Defending champion Serbia's Novak Djokovic, left, talks with his coach Goran Ivanisevic during a practice session in the Rod Laver Arena ahead of the Australian Open at Melbourne Park in Melbourne, Australia, Tuesday, Jan. 11, 2022. The prime ministers of Australia and Serbia have discussed Novak Djokovic's precarious visa after the top-ranked Serbian tennis star won a court battle to compete in the Australian Open but still faces the threat of deportation because he is not vaccinated against COVID-19. (Kelly Defina/Pool Photo via AP)