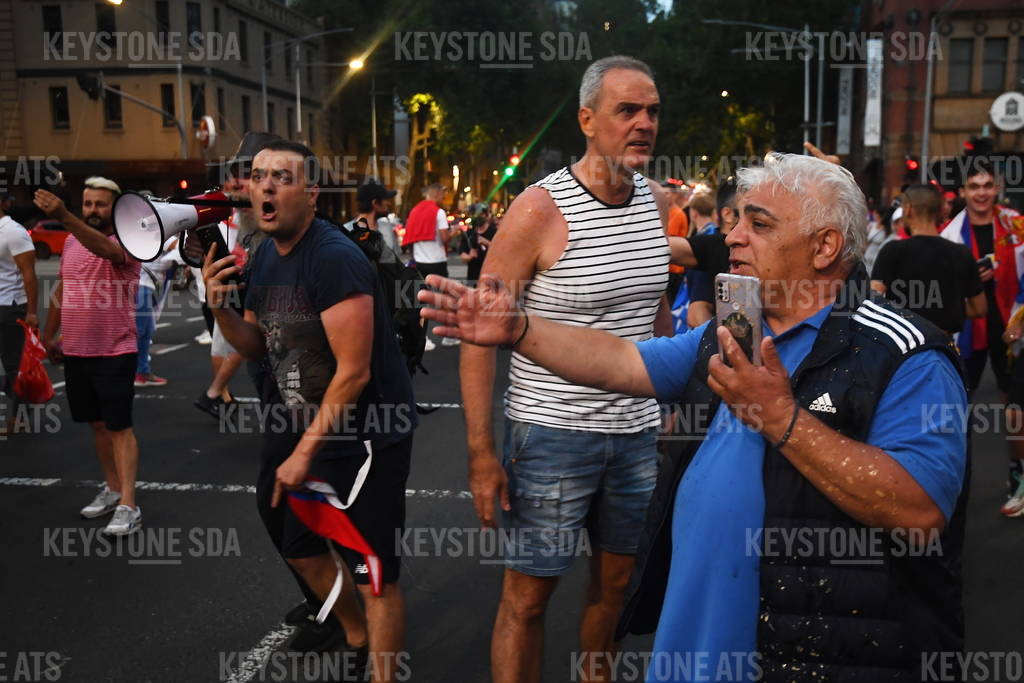 epa09677052 Supporters of Serbian tennis player Novak Djokovic arrive outside the office of Novak Djokovic's lawyer Nick Wood in Melbourne, Australia, 10 January 2022. Djokovic was to be released from an immigration detention center in Melbourne after an order by the Federal Circuit Court. The tennis world number one had been staying in a hotel-turned-detention center after his visa was revoked upon landing in Australia. EPA/JAMES ROSS