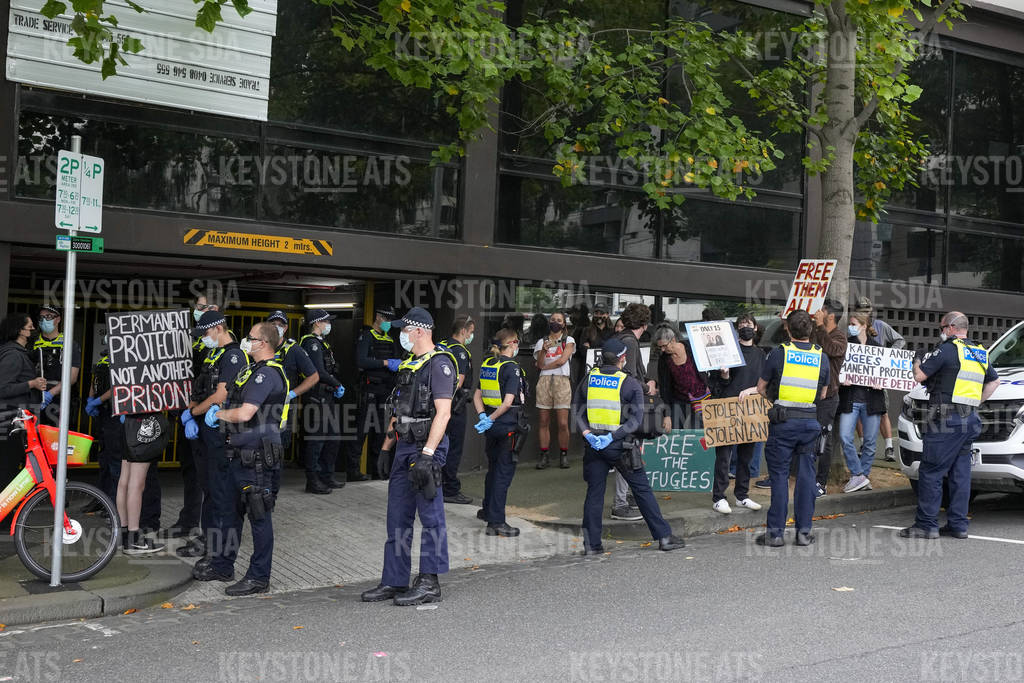 Police surround refugee advocates at the Park Hotel, used as an immigration detention hotel where Serbian tennis player Novak Djokovic is confined in Melbourne, Australia, Monday, Jan. 10, 2022. After five nights in hotel detention Djokovic will get his day in court on Monday in a controversial immigration case that has polarized opinions in the tennis world and elicited heartfelt support for the star back home in his native Serbia. (AP Photo/Mark Baker)