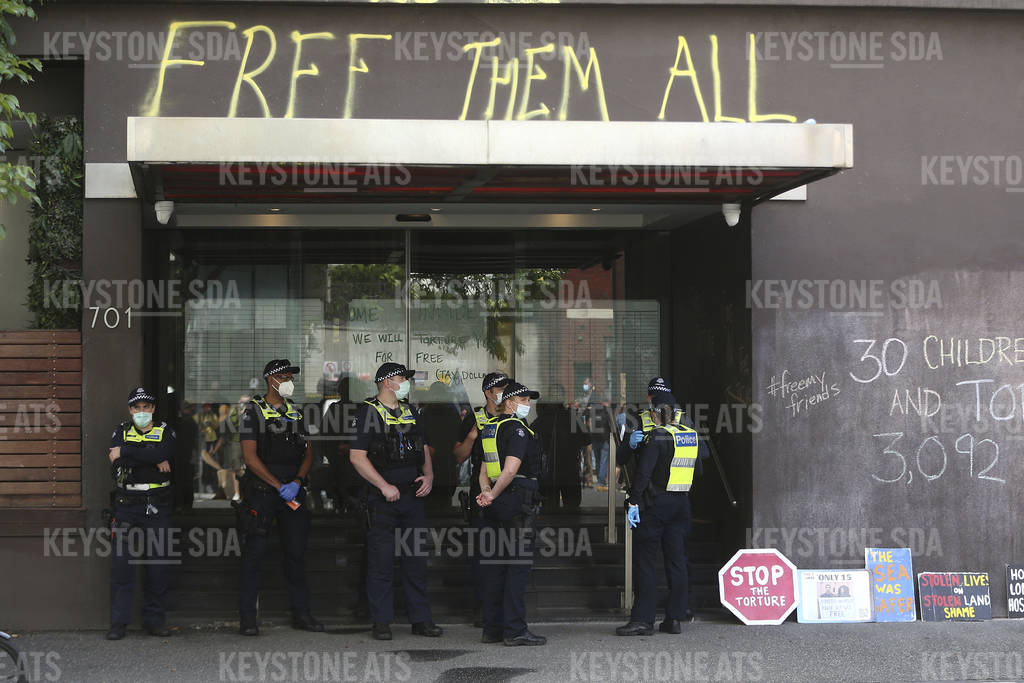 Police guard outside the Park Hotel in Melbourne, Australia, Saturday, Jan. 8, 2022. The world's No. 1-ranked tennis player Novak Djokovic has spent his time since his visa was cancelled on his arrival in Australia at the hotel. The Park Hotel is a detention facility, home also to refugees or asylum seekers who often have spent years in limbo in Australia's strict immigration system. (AP Photo/Hamish Blair)