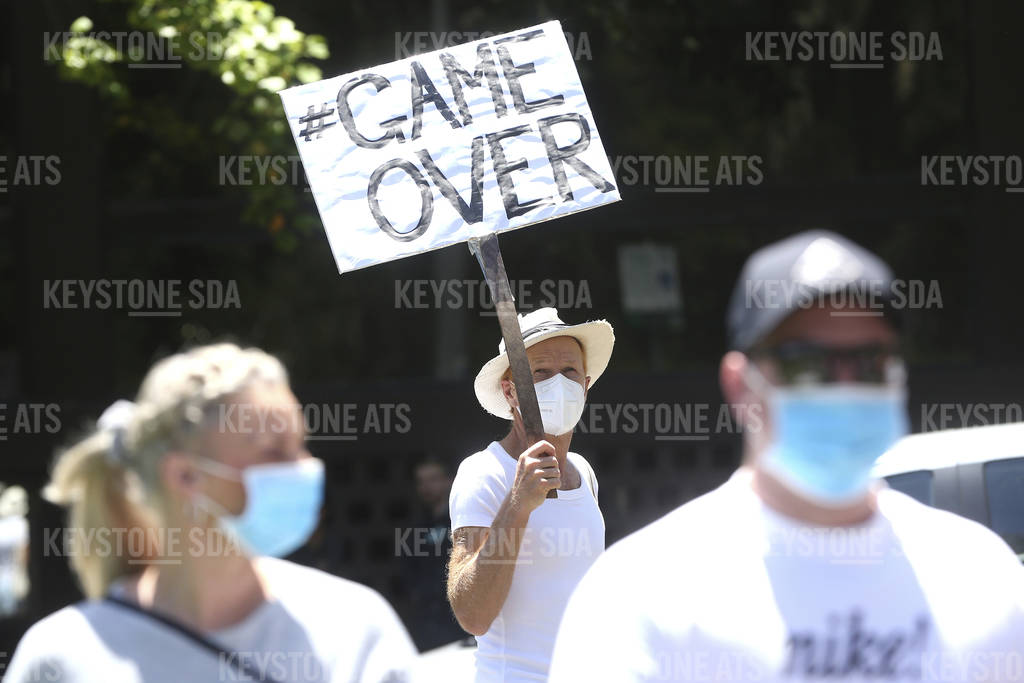 A protester holds a banner outside the Park Hotel, used as an immigration detention hotel where the world No. 1 -ranked tennis player Djokovic is detained in Melbourne, Australia, Sunday, Jan. 9, 2022. He has been confined to the detention hotel in Melbourne pending a court hearing on Monday, a week before the start of the Australian Open. (AP Photo/Hamish Blair)