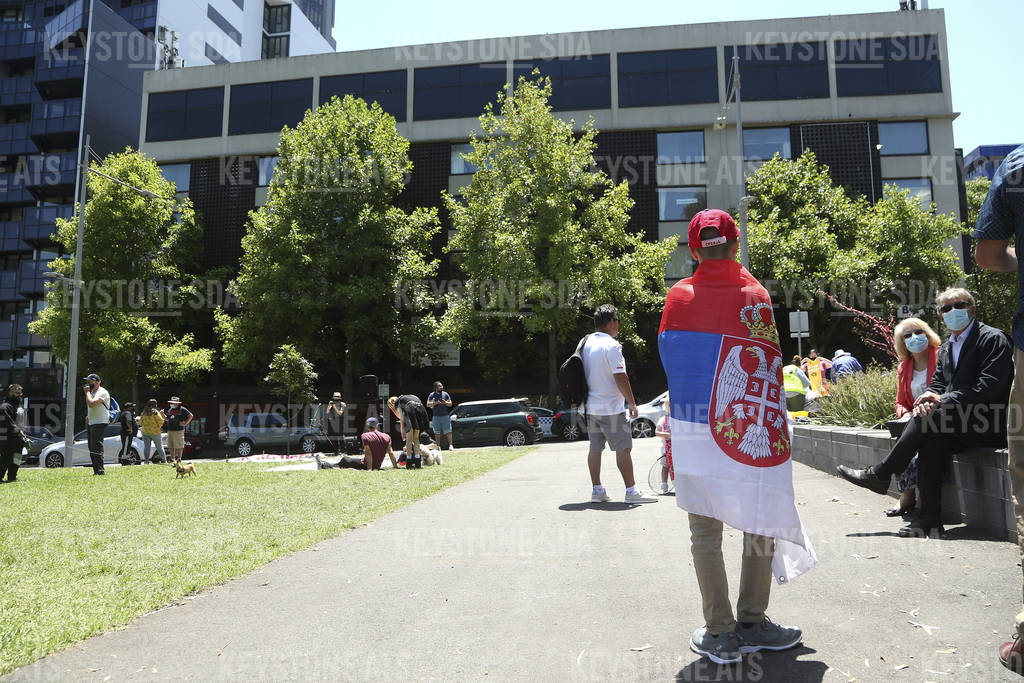 A fan of Serbia's Novak Djokovic stands outside the Park Hotel, used as an immigration detention hotel where the world's No. 1-ranked tennis player is detained in Melbourne, Australia, Sunday, Jan. 9, 2022. After four nights in hotel detention Djokovic will get his day in court on Monday in a controversial immigration case that has polarized opinions in the tennis world and elicited heartfelt support for the star back home in his native Serbia. Djokovic was denied entry at Melbourne airport last week after border officials canceled his visa for failing to meet its entry requirement that all non-citizens be fully vaccinated for COVID-19. (AP Photo/Hamish Blair)