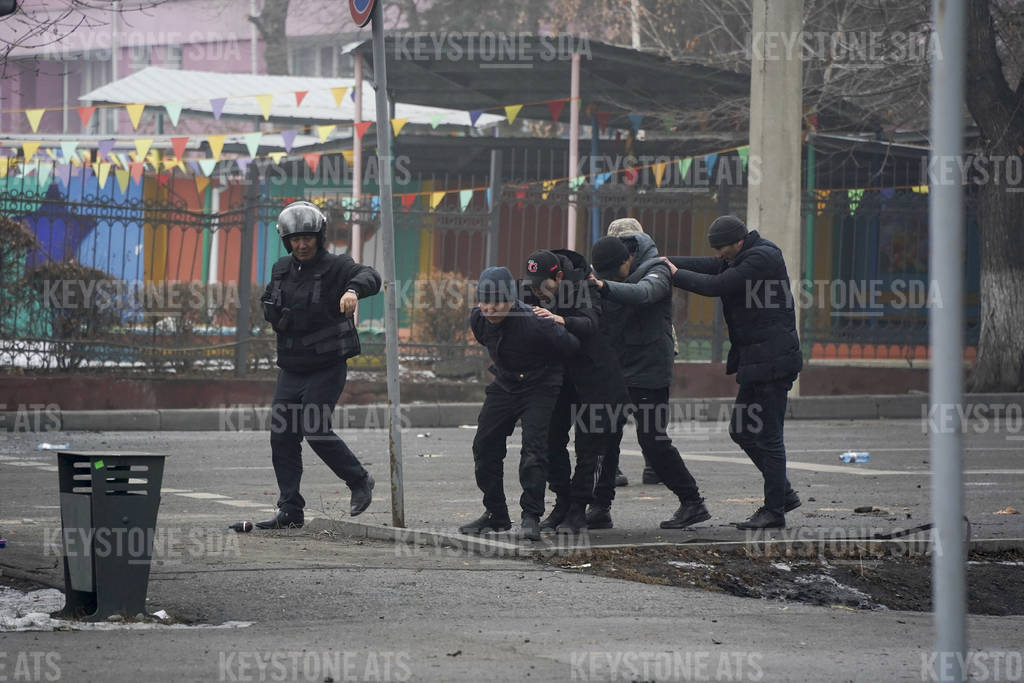 A police officer escorts a group of detained protesters in Almaty, Kazakhstan, Thursday, Jan. 6, 2022. Kazakhstan's president authorized security forces on Friday to shoot to kill those participating in unrest, opening the door for a dramatic escalation in a crackdown on anti-government protests that have turned violent. The Central Asian nation this week experienced its worst street protests since gaining independence from the Soviet Union three decades ago, and dozens have been killed in the tumult.(Vladimir Tretyakov/NUR.KZ via AP)