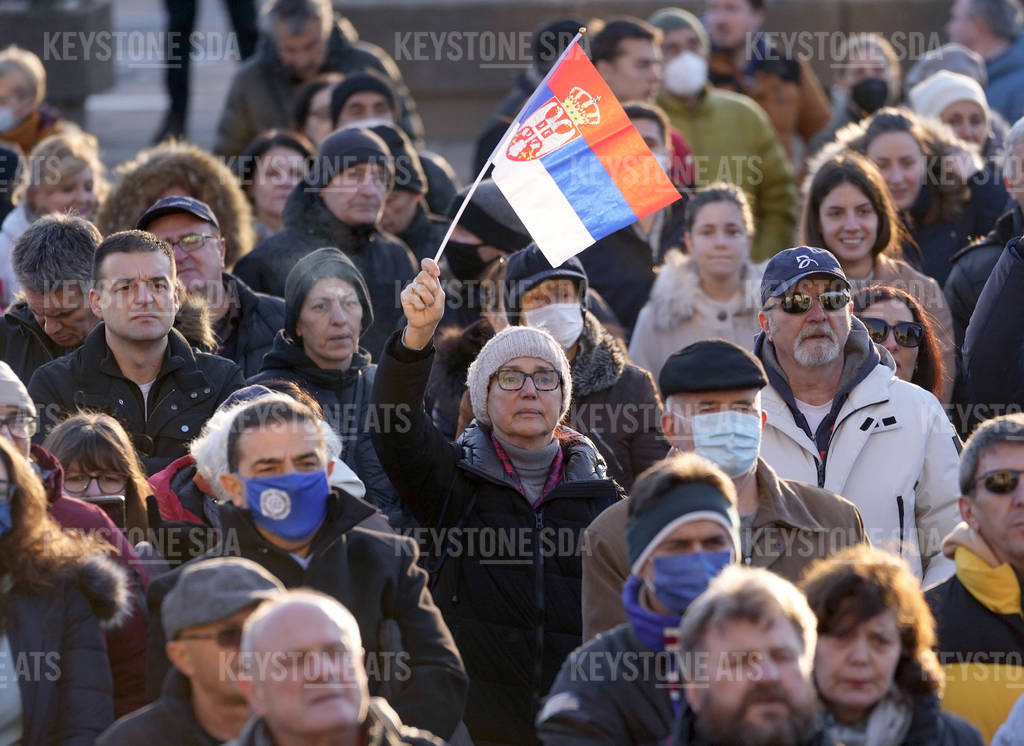 Supporters of Serbia's Novak Djokovic protest in Belgrade, Serbia, Friday, Jan. 7, 2022. Several hundred people gathered outside Serbian parliament in a show of support for Serbian player Novak Djokovic as he battles the Australian legal system in an attempt to be allowed to stay in the country and compete in the Australian Open later this month. (AP Photo/Darko Vojinovic)