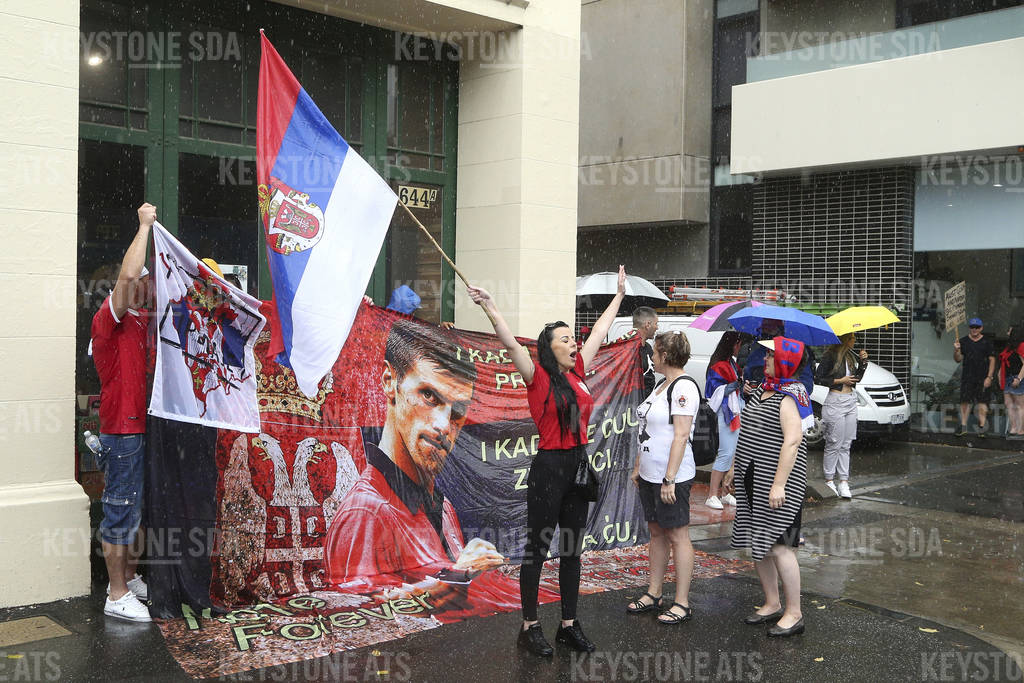 Protestors gather outside an immigration detention hotel where Serbia's Novak Djokovic is believed to stay, in Melbourne, Australia, Friday, Jan. 7, 2022. Locked in a dispute over his COVID-19 vaccination status, Djokovic was confined to the immigration detention hotel in Australia on Thursday as the No. 1 men's tennis player in the world awaited a court ruling on whether he can compete in the Australian Open later this month. (AP Photo/Hamish Blair)