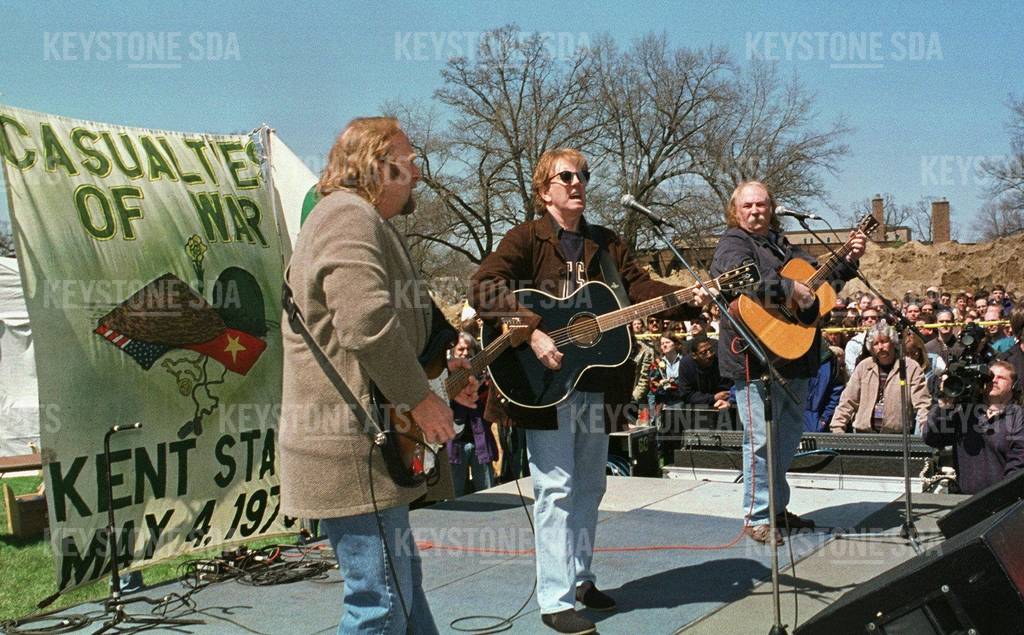 Crosby, Stills and Nash perform their song "Ohio" on Sunday, May 4, 1997, on the campus of Kent State University in Kent, Ohio, to a crowd of approximately 7,000. The group's performance commemorates the 27th anniversary of the Kent State shootings on May 4, 1970. The group is in the area for induction into the Rock and Roll Hall of Fame and Museum on Tuesday in Cleveland. From left to right are Stephen Stills, Graham Nash and David Crosby. (KEYSTONE/AP Photo/Jeff Glidden) 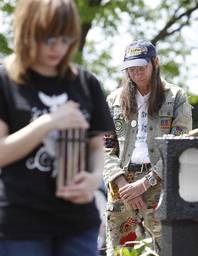 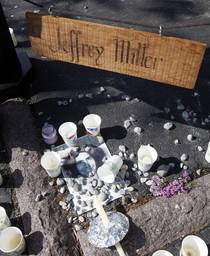