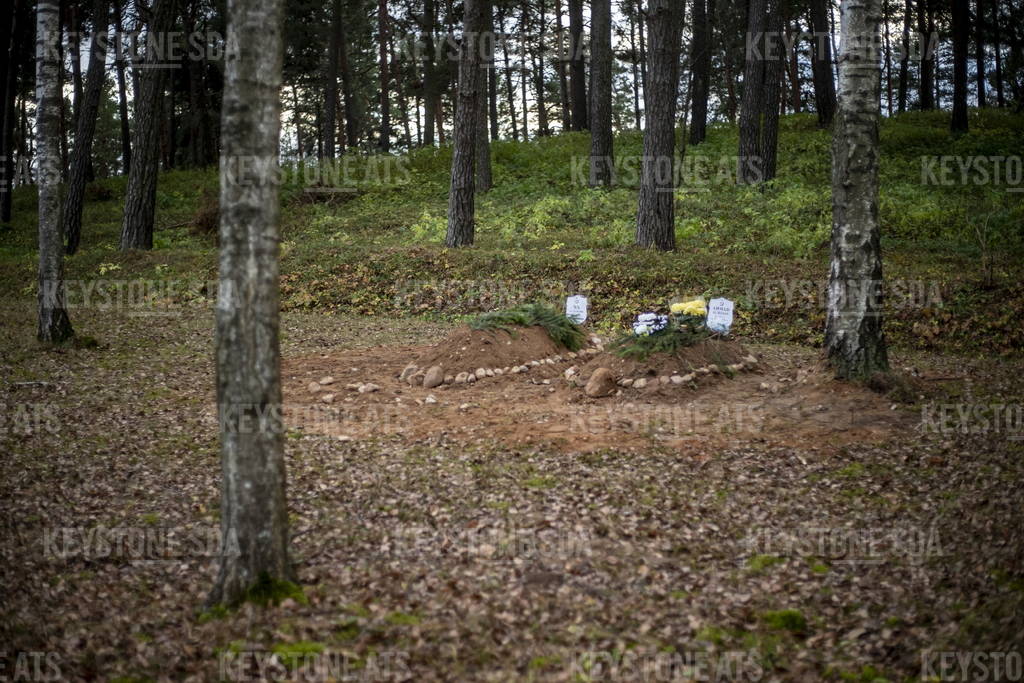 epa09589388 Two graves of migrants are seen at Tatar cemetery near the village of Bohoniki, near the Polish-Belarusian border, eastern Poland, 18 November 2021. An unnamed African migrant is the second one to be buried at Tatar cemetery near the village, after a 19-year-old Syrian migrant Ahmed Al-Hassan. Poland has been struggling to stem the flow of asylum-seekers, refugees and migrants crossing into the country from Belarus. The Polish government says the migrants have been invited to Belarus by the Belarusian president, allegedly under the promise they will be able to live in the EU. EPA/MARTIN DIVISEK