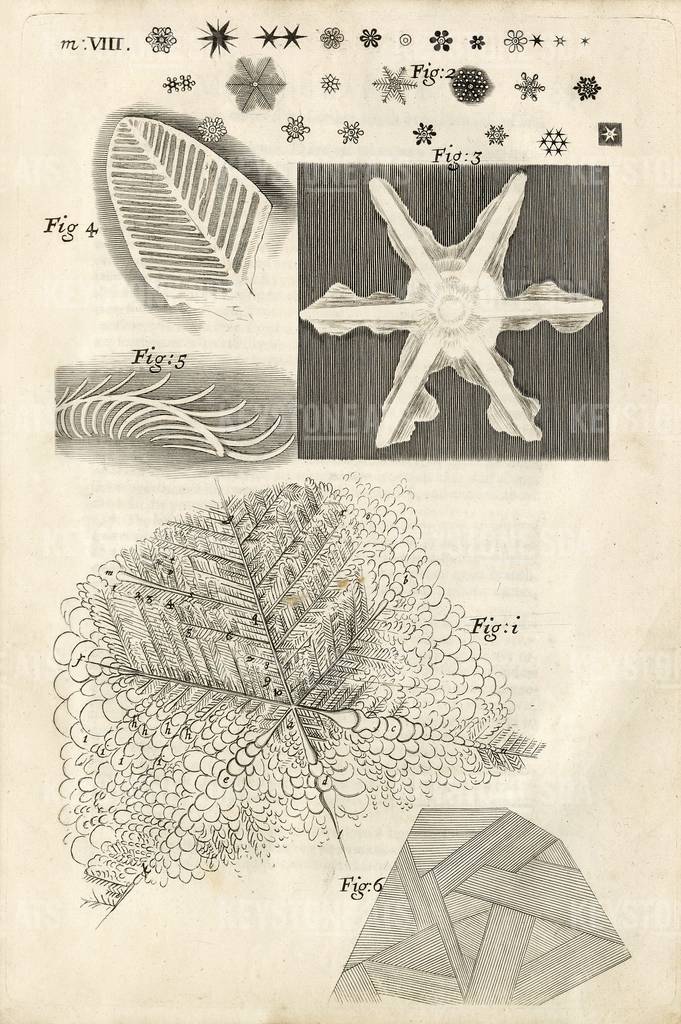 Ice crystals in Hooke's 'Micrographia'. 17th-century illustration of the appearance of ice crystals and other objects viewed with a microscope by English natural philosopher Robert Hooke (1635-1703). Across top and at upper right are snowflakes, with frozen urine at lower left. Other ice crystals, produced under varying conditions, are at upper left and lower right. Hooke pioneered the new science of microscopy and published detailed drawings of observations made with his microscopes. This illustration appeared in his 'Micrographia' (1665). Hooke was one of the founding fellows (1663) of the Royal Society, and served as its Curator of Experiments and as its Secretary. (KEYSTONE/SCIENCE PHOTO LIBRARY/Library of Congress, Rare Book and Special Collections Division/SCIENCE PHOTO LIBRARY) 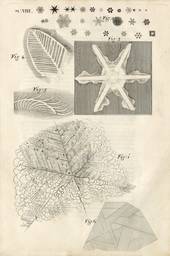