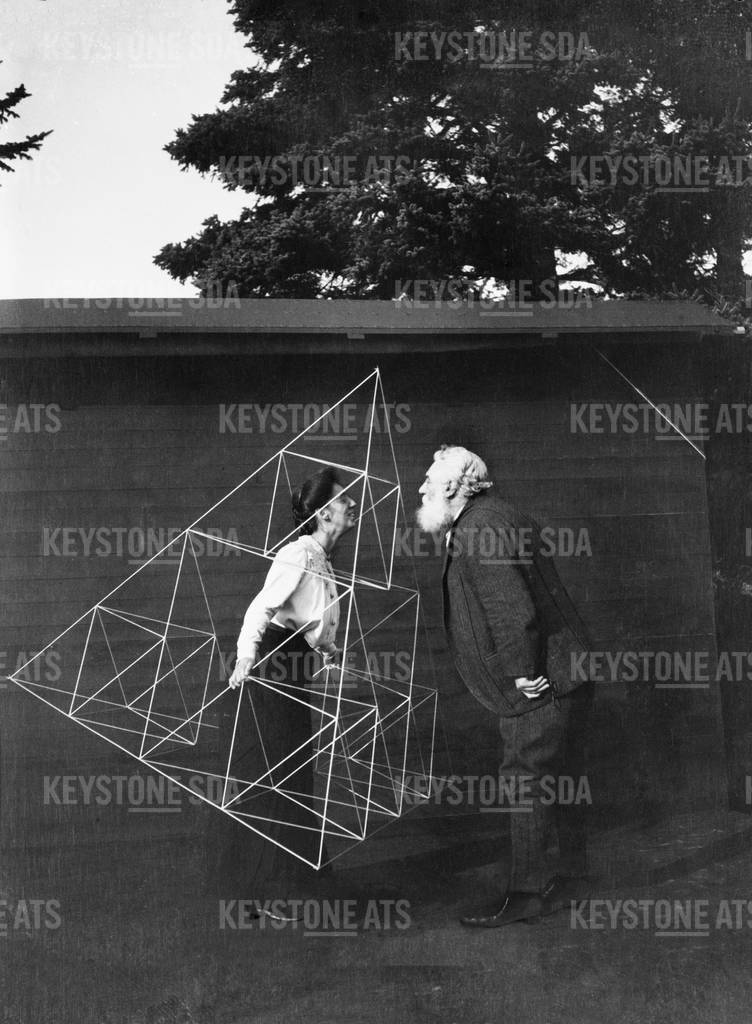 Alexander Graham Bell and his wife, 1903. Scottish-US inventor and telephone pioneer Alexander Graham Bell (1847-1922) with his wife Mabel Gardiner Hubbard Bell (1857-1923), who is standing in a tetrahedral kite. Mabel, who became deaf from the age of five, was one of Bell's private pupils when he was a teacher of the deaf and professor of Vocal Physiology and Elocution in Boston, USA. They married in 1877. Bell had been experimenting with kite designs since 1898, culminating in his tetrahedral wings (Cygnet I, II and III) of 1907 to 1912. Tests were carried out at the family's summer residence at Baddeck, Nova Scotia, Canada. Photographed in Baddeck on 16 October 1903. (KEYSTONE/SCIENCE PHOTO LIBRARY/LIBRARY OF CONGRESS/SCIENCE PHOTO LIBRARY) 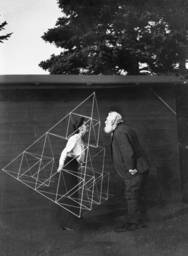