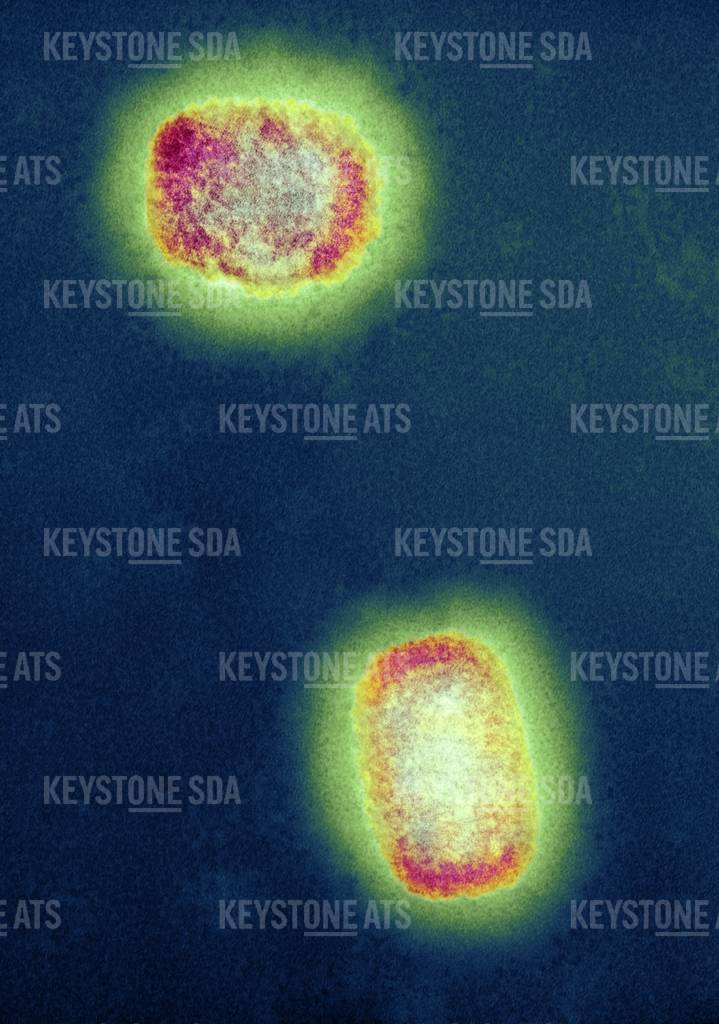 Monkeypox virus (MPV) particles, coloured transmission electron micrograph (TEM). Each particle is composed of a DNA (deoxyribonucleic acid) genome surrounded by a protein coat and lipid envelope. This virus, which is found near rainforests in Central and West Africa causes disease in humans and monkeys, although its natural hosts are rodents. It is capable of human to human transmission. In humans it causes fever, swollen glands and a rash of fluid-filled blisters. It is fatal in 10 per cent of cases. Magnification: x93,000 when printed at 10 centimetres tall. (KEYSTONE/SCIENCE PHOTO LIBRARY/CENTRE FOR INFECTIONS/PUBLIC HEALTH ENGLAND/SCIENCE PHOTO LIBRARY) 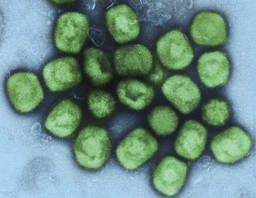 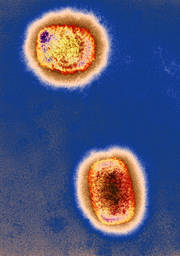 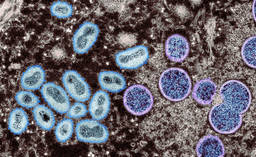 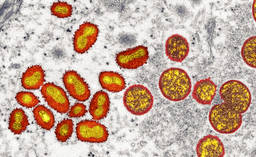 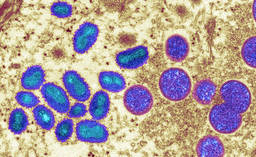 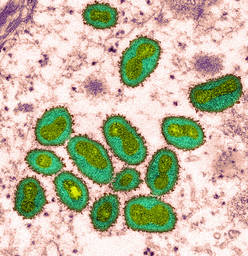 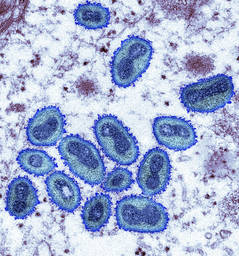 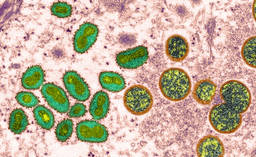 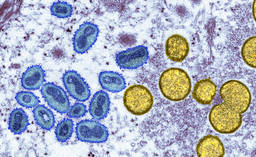 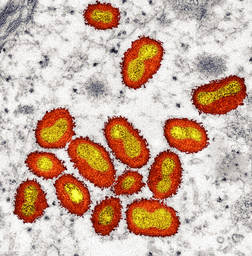 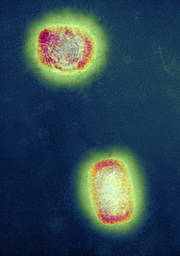 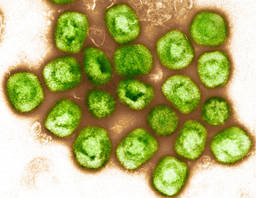 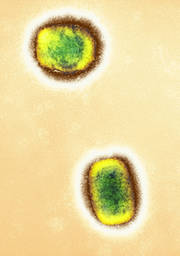 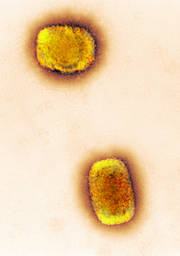 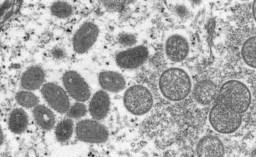 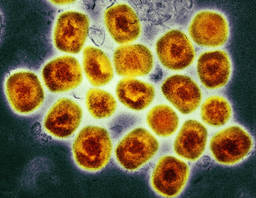 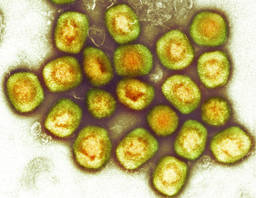 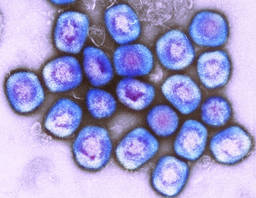